Day 4 of our vacation in the Pacific Northwest. Days in the northwest are long this time of the year… there’s still daylight past 10 p.m., and sunrise happens before 5 a.m. Our bodies are in Central time, so we went to bed early, so sometimes we never saw night fall.
This morning we went to the Whale Museum, a few blocks away from the Kirk House. Interesting enough — we learned about the orcas that we saw the day before. They all have names and are tracked constantly.
Later we went back to Roche Harbor, since we only got close to it the day before. There’s a bunch of condos and a small shopping center.
There was a confrontation between the Americans and the British in San Juan Island that is referred to as “The Pig War.” There are two parks in the Island that conserve the original American and English camps, or at least their locations. Apparently they knew they weren’t going to be around too long so they didn’t put too much effort into building the structures. It was quite a hike to get around, but there were some breath-taking views and a bit of history never hurt anyone. We only visited the American Camp. 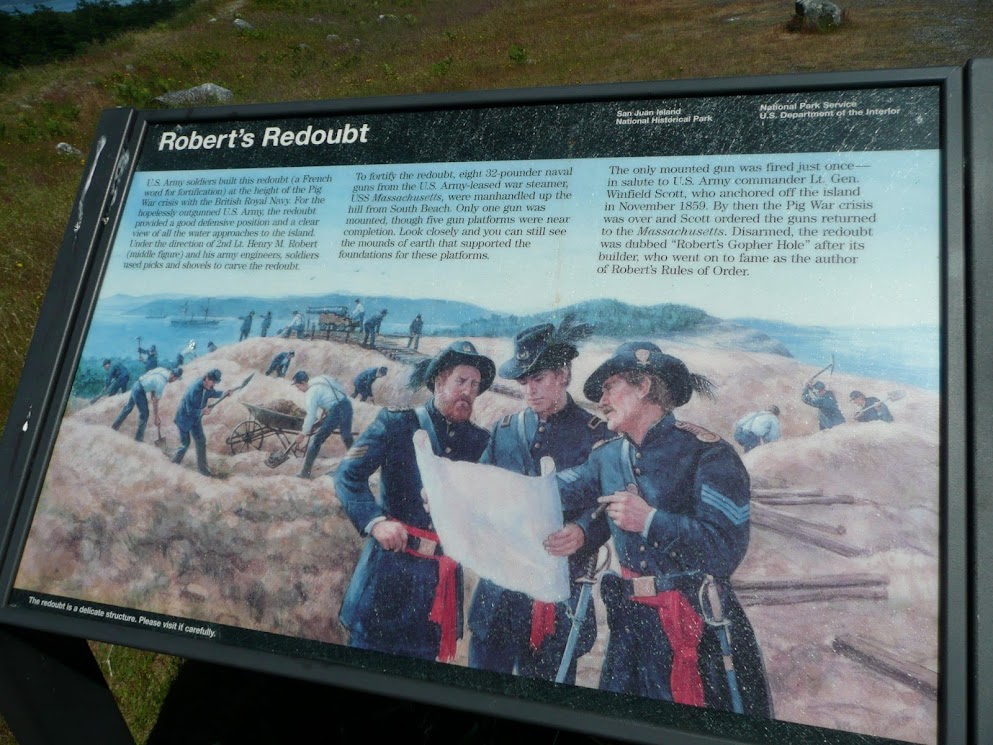