The second party for Grandma Lewis’ first century party took place at the First Presbyterian Church in Birmingham, Mich., for Coffee Hour on December 14. Grandma was featured in the church’s newsletter in an article (after the photos) that notes that almost every one of the more than 100 infants baptized at the church since late 2002 has received a white baby afghan crocheted by her. Some of those babies were present at the party (we saw at least one whose mother brought the afghan) and lots of well-wishers stopped by to say hello and add to her growing stack of birthday cards — some of them colored right on the spot! 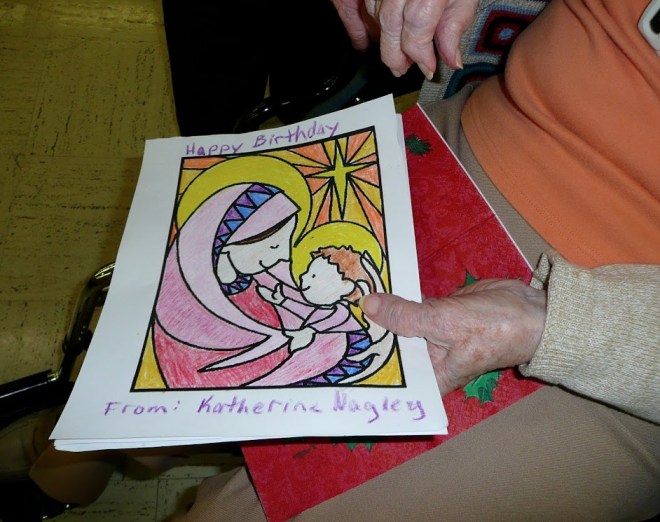 On December 12, Eula Lewis will celebrate her 100th birthday! Come celebrate with Eula on  Sun., Dec. 14 after  the 10 a.m. worship service during the coffee hour.

Since Sept. of 2002, almost every one of the 100+ infants baptized at FPC has received a gift:  a white crocheted baby afghan.  Each afghan has been crocheted by Eula Lewis, who moved to Michigan that fall. She has made over 100 baby quilts and has crocheted so many baby afghans that she has lost count.

Eula’s fourth grade teacher taught her to crochet in a one-room school in rural Missouri about the time of World War I.  Her teacher taught all of the girls in the school to sew, embroider, and crochet as a part of their 4H program.  Eula used her sewing skills to  make clothing, embroider pillowcases and  in a favorite hobby of making hand-made quilts.

Eula was always busy at Van Brunt Presbyterian Church in Kansas City, MO, where she became a member in 1942.  She taught Sunday School and then she taught second grade for many more years.  She was president of the Women’s Association and was became an Honorary Member in 1964.  In later years she participated in the Sunshine Stitchers, a group that hand-quilted quilts and donated the proceeds to the church. While at FPC she has participated in PW and the Rummage Sale.

It was freezing outside, but everyone warmed up at lunch as the second day of celebration continued in otherwise sunny, warm-breezy Michigan. 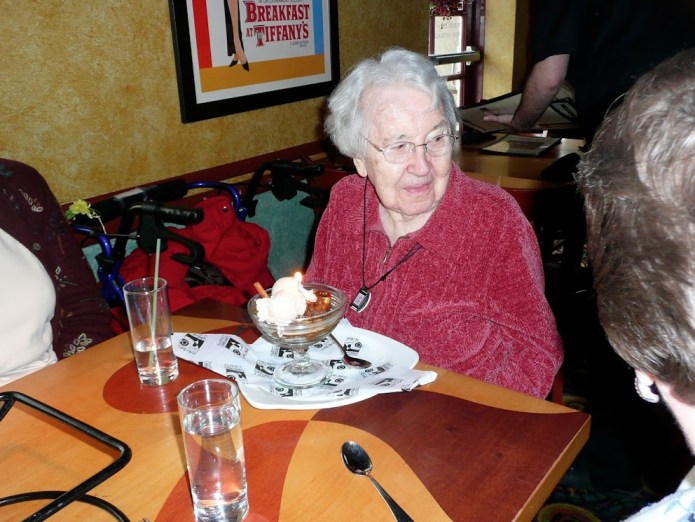 The first party at St. Anne’s Mead in Southfield, Michigan for Eula Lewis’s 100th birthday. Only one candle on the cake to celebrate the century mark. 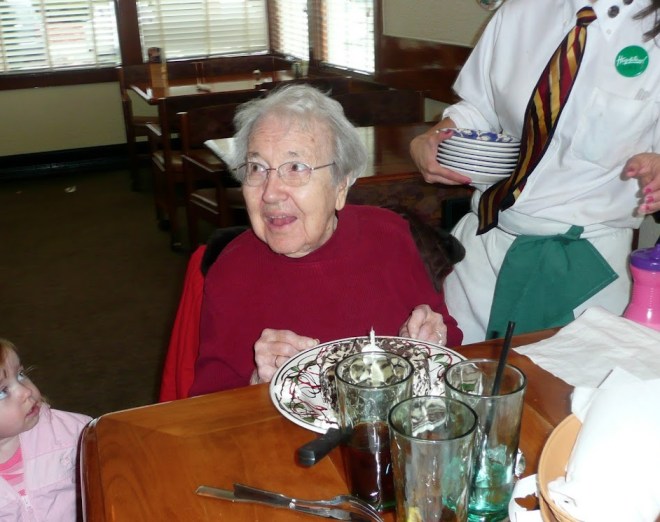 Sophie and Ben brought over Mom and Dad and Grandma to visit Aunt Shelley and Uncle Paco. The action was only interrupted by other trick-or-treaters stopping by to get candy and the occasional piano break. 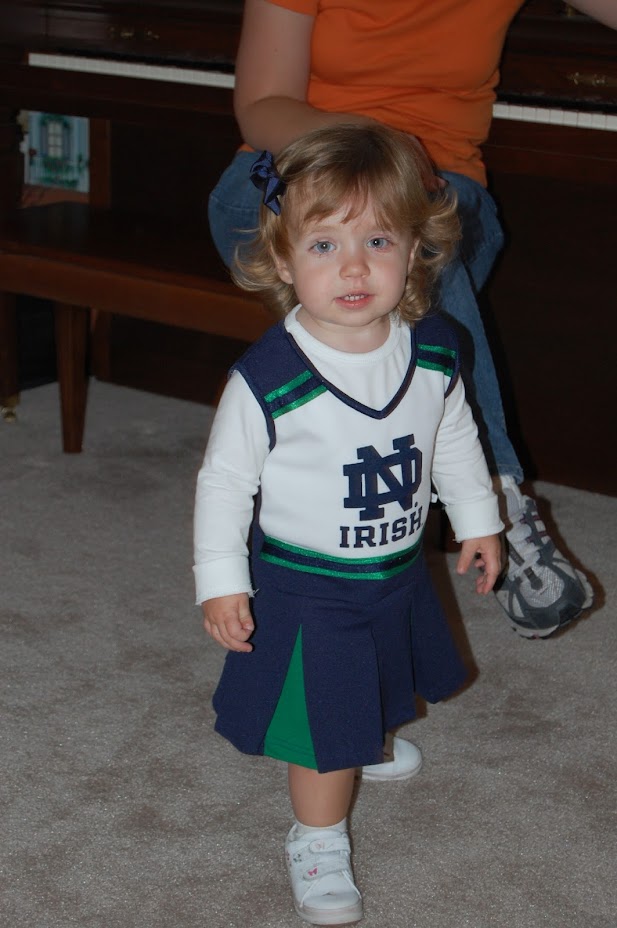 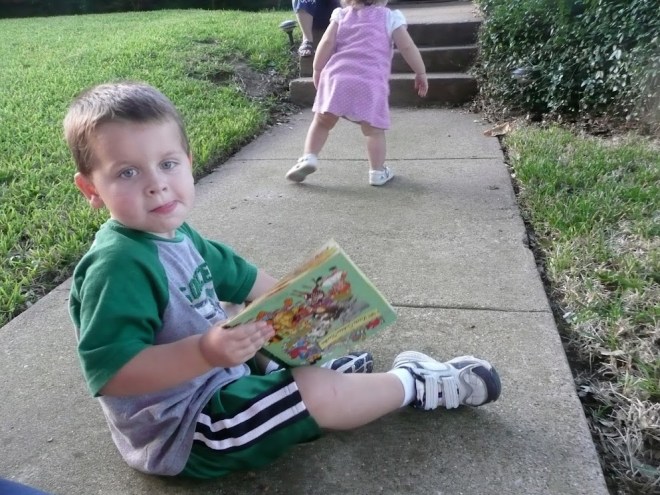