Sixth Day of our vacation in Washington State, 2008 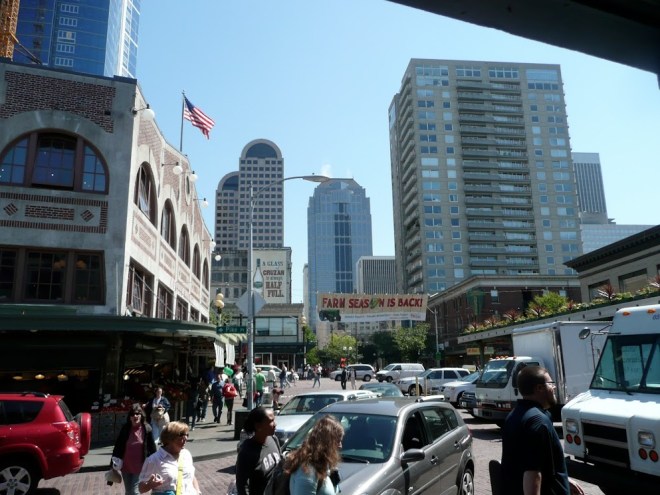 Fifth Day of our vacation in Washington State, 2008

Day 5 of our vacation in the Pacific Northwest. Five days sure do go by quickly when you’re having fun… It was time to pack up and say good-bye to the small town of Friday Harbor, its fresh air and cool summer weather, and head back to the ferry and the mainland. During the whole five days we used less than a tank of gas, since you can basically walk anywhere you want to in the island, and it’s less than 15 miles to anywhere else you may want to go.

We parked the car in line at the ferry and ate our last meal in the island. From there we were back in Anacortes and traveled back to Seattle. 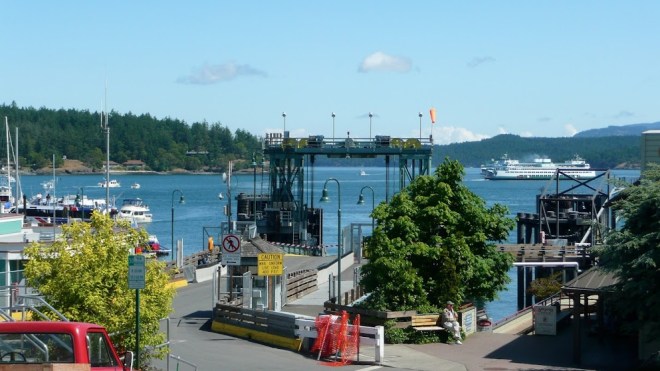 Fourth Day of our vacation in Washington State, 2008

Day 4 of our vacation in the Pacific Northwest. Days in the northwest are long this time of the year… there’s still daylight past 10 p.m., and sunrise happens before 5 a.m. Our bodies are in Central time, so we went to bed early, so sometimes we never saw night fall.

This morning we went to the Whale Museum, a few blocks away from the Kirk House. Interesting enough — we learned about the orcas that we saw the day before. They all have names and are tracked constantly.

Later we went back to Roche Harbor, since we only got close to it the day before. There’s a bunch of condos and a small shopping center.

There was a confrontation between the Americans and the British in San Juan Island that is referred to as “The Pig War.” There are two parks in the Island that conserve the original American and English camps, or at least their locations. Apparently they knew they weren’t going to be around too long so they didn’t put too much effort into building the structures. It was quite a hike to get around, but there were some breath-taking views and a bit of history never hurt anyone. We only visited the American Camp. 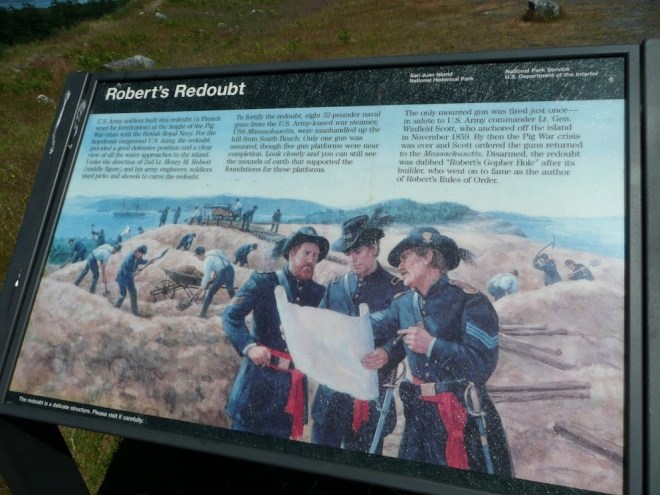 Third Day of our vacation in Washington State, 2008

Day 3 of our vacation in the Pacific Northwest. Breakfast at the Kirk House is quite the treat, with a an awesome award-winning yogurt parfait. We took a whale watching tour on San Juan Safaris, although the other folks staying at the bed and breakfast told us they were disappointed on their trip and didn’t get to see any whales. After more than an hour circling the island, we met up with several other boats and our captain announced they had finally spotted a couple of orca pods. We couldn’t get very close to them, but we did get to see what might have been a couple dozen killer whales frolicking in the water. The visual will be a lot better when I upload the videos. Turns out someone in the boat lives in the town next to ours.

Later that day we drove up to Roche Harbor and saw the most peculiar art exhibit: An outdoor gallery of sorts — and I do mean outdoor, with ducks and weeds and mosquitos all around. Most of the displays were for sale (we didn’t buy anything) and the place seems to just run itself, with an honor-system admission slot at the front. 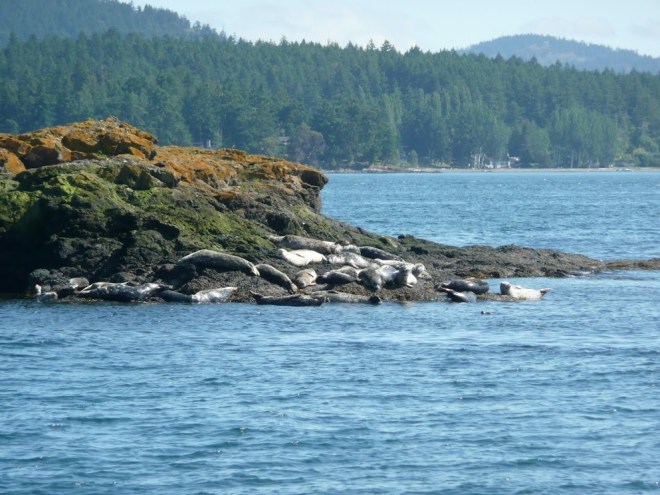 Second day of our vacation in Washington State, 2008

Day 2 of our vacation in the Pacific Northwest. We walked around the Anacortes historic downtown area and had breakfast at the Calico Cupboard. Best. Pancakes. Ever. We took the ferry across the Guemes channel to Friday Harbor and checked in at the Kirk House. It’s a beautiful one-hour trip across the channel. 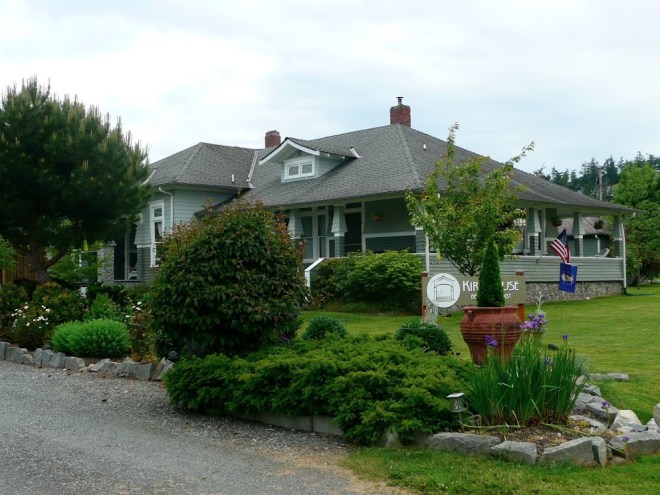